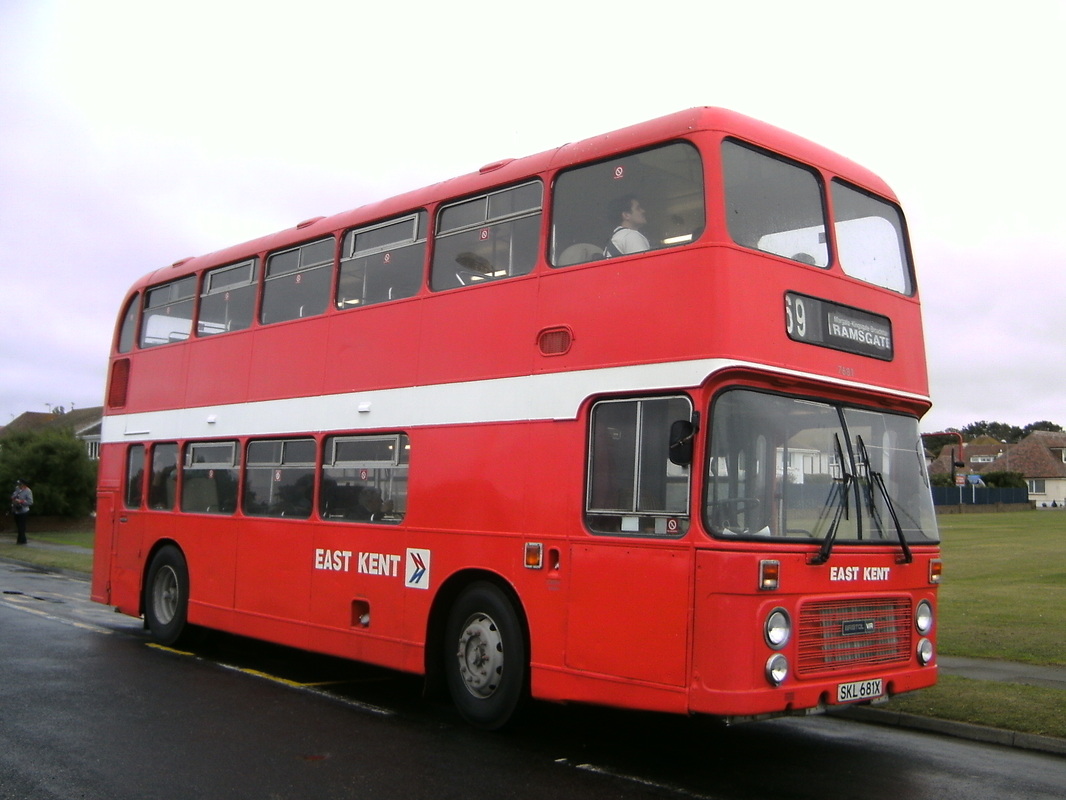 14/2/01 sold to J Bamford (preservation)
7681 was constructed at Bristol Commercial Vehicles during 1981 and driven in chassis form, in common with many others, to Lowestoft in Suffolk where she received an Eastern Coach Works 74 seat body, pretty standard to the National Bus Company. During September 1981 she was delivered to Westwood (Thanet) garage of the East Kent Road Car Company Limited where she was accepted for service. She entered service on the busy Thanet-Canterbury service corridor replacing AEC Regents.
7681 led a fairly uneventful life at Thanet. She was for a while allocated to the Deal rota and covered many of the 614/5 services around Deal, Sandwich and Canterbury. By 2000 she was one of several at Thanet (7671/72/81/82 plus 7683 sat out back awaiting sale) as the numbers of Bristol VRs dropped from service as  ex London Scania's started arriving to replace them and the MCW Metrobuses. 7681 and 7682 seemed to always be allocated to Canterbury services during the summer of 2000. 7672 vanished one day, then coming back from Canterbury one afternoon 7682's mitre box failed  at Birchington. 7681 was MOT'd and re-entered service in September 2000 but was taken out of traffic two weeks later with a broken engine mount. 7671 was parked up out back too and although Dover's held out a little longer, at Thanet the last three buses (7671/7681/7682) were withdrawn.
7681 was shunted into the bodyshop at Thanet and the engine and gearbox removed with a view to repair the engine mount but this was never carried out. Jake was working at Thanet garage at the time and was very keen to preserve one - having travelled to school on them and now obviously having driven them in service. He spoke to the Garage Manager about the buses future and she put him in touch with the Stagecoach South Sales Department based at that time in Eastbourne. So after going over all the buses to check them and see which one was the best Jake called them, and by the end of the day he was writing a letter to them with a bid for 7681 enclosed, which despite it's engine and gearbox sitting on a trolley next to it seemed to the better prospect (7671 had about 40,000 rivits over the rear nearside wheelarch holding it together and 7682 had a spongy upper deck floor). He very nearly ended up with all 3, but his bid for 7681 was successful.
In the early days she was kept at Westwood bus garage, however a change in policy meant that she later had to be moved to Dover Transport Museum. This was not a happy time for her as she suffered several smashed windows and was parked outside. Later she moved to East Kent Heritage Trust's Garage at Sandwich where she was in secure undercover accomodation. Since then Jake has repainted her into National Bus Company 'Poppy Red' and repaired a leaking mitre box oil seal (this took nearly a year!). Although not a perfect restoration she is a working bus with a few dents and wonky panels. The period of time she is restored to is her second repaint in 1985, she would have been in service and been less than perfect but tidy. Some minor jobs remain to do on her to finish her off such as replacing the front upstairs with the 'push out' vents and repainting the roof. In winter of 2011 her mitre box oil seal again failed putting her out of action. Although off the road, she is fit enough to be moved around the yard and undertake short runs. The long term plan is to acquire a reconditioned mitre box and replace the troublesome one on 7681 allowing her to take to the road again. The box from 7681 would then be refurbished and used on 7980, whose box grumbles every now and again. She will also be repainted into a specially livery to celebrate East Kent's 100 anniversary. 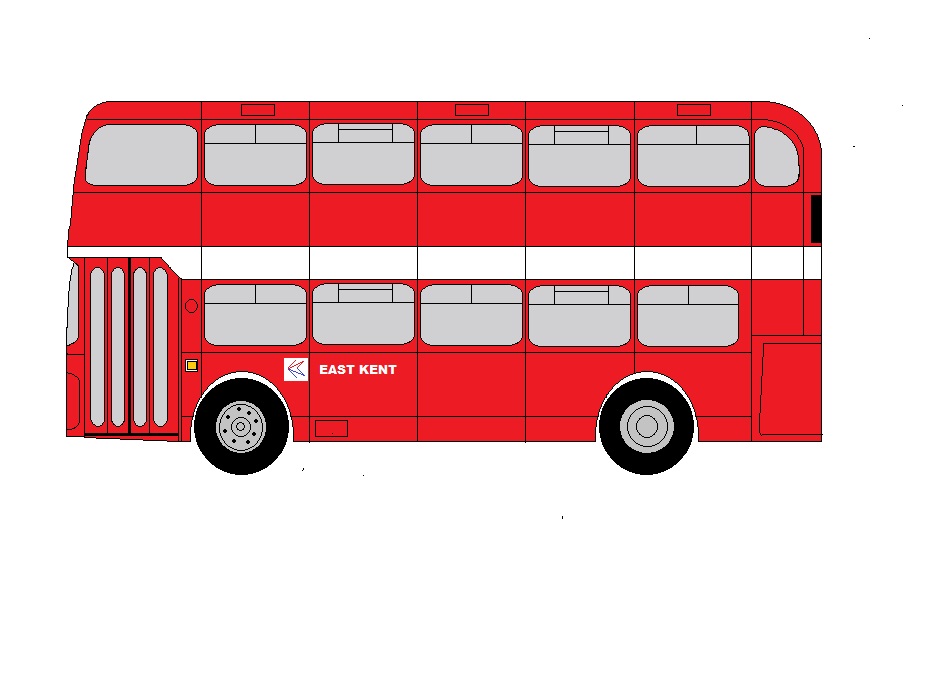